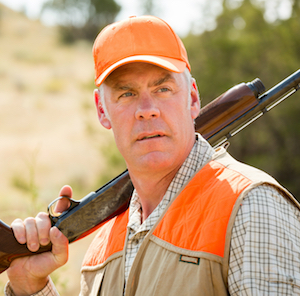 Ryan Zinke was the 52nd Secretary of the Interior of the United States, nominated by Donald Trump and sworn in on March 1, 2017. Zinke announced his resignation on December 15, 2018, and would leave the administration at the end of the year. [2], [34]

Zinke has a history of opposing environmental groups, maintaining a lifetime score of 4% with the Leage of Conservation Voters. Zinke regularly votes against environmentalists on issues such as coal extraction, oil and gas drilling. He has also been a longtime advocate of public access to federal lands. [4], [5]

Before his election to congress, Zinke worked as a board member and consultant to Save the World Air, now QS Energy Inc., a company with a system to increase the flow of oil in pipelines. According to Bloomberg, in 2017 the group had a stock price of 8 cents and a deficit of more than $100 million. SEC filings showed that Zinke was payed $5,000 a month to arrange meetings with state officials. He dropped all ties with the company after he was elected to Congress. [6]

Zinke formed the super PAC Special Operations for America in order to help defeat President Obama in the 2012 election. After Zinke stepped down from the group to announce his candidacy, the PAC became the biggest funder of his campaign, an arrangement the Los Angeles Times described as an example of an issue “widely criticized as a loophole in campaign finance law.” [7]

In 2014, the Campaign Legal Center and Democracy 21 filed a joint complaint with the Federal Election Commission against the Super PAC and its coordination with Zinke’s campaign. [8]

“What’s interesting about the Zinke and SOFA arrangement was that the Zinke founded the group, raised money for the group, spent some money, resigned, hired his successor — the fundraiser for the group — and then announced his candidacy,” Brendan Fischer, Associated Council at the Campaign Legal Center said. [8]

Ryan Zinke discussed his views on climate change at Simms Fishing Products in Bozeman, Montana, reported the Bozeman Daily Chronicle. Listen to the audio below. [9]

“This is where I sit on climate change. I think the best article was on the Wall Street Journal a few months ago […] It was written by a former Obama undersecretary of Energy. I think, without question, the climate’s changing. It has always changed, but it is changing. [9]

“If you go up to Glacier Park, you have your lunch along the glaciers, you’ll see the glacier recede while you eat lunch. So, you know, I have seen the change in my lifetime.” [9]

Ryan Zinke reportedly told a PBS reporter that climate change was neither a national security threat, nor man-made. [10]

Speaking in a televised debate on the Montana Television Network, Zinke cited a Wall Street Journal article suggesting that human influence on climate change is not settled: [11]

“It’s not a hoax, but it’s not proven science either,” Zinke said. “But you don’t dismantle America’s power and energy on a maybe. We need to be energy independent first. We need to do it better, which we can, but it is not a settled science.” [11]

“The evidence strongly suggests that humans have had an influence on higher CO2. However, the evidence is equally as strong that there are other factors, such as rising ocean temperatures, that have a greater influence.” [12]

Ryan Zinke signed a letter describing global warming as a “a threat multiplier for instability in the most volatile regions of the world.” The letter also stated that “the clean energy and climate challenge is America’s new space race” and attributed “catastrophic” costs and “unprecedented economic consequences” as potential impacts of failing to act on climate change. [13]

During his confirmation hearing, when asked whether he agreed with the President-elect’s view that climate change is a “hoax,” Zinke said that he believes the “climate is changing” and  added that “man has had an influence—I think that is undisputable as well,” reported Mother Jones. View video, via Politico, below. [15], [16]

“’I’m not a climate scientist expert, but I can tell you I will become a lot more familiar with it,” he added. “And it will be based on objective science.” [16]

According to Mother Jones, and first reported at the local news outlet Bigfork Eagle, Ryan Zinke described Hillary Clinton as the “anti-Christ” at a campaign stop in  Montana. “We need to focus on the real enemy,” he said of Clinton. [17], [18]

Regarding energy, Zinke said “I support increased coal production for electrical generation and believe it can and should be done with adequate environmental safeguards. I believe the use of alternate energy sources and clean coal is preferred over petroleum based fuels.” [14]

Nearly 100 internal documents were leaked to Axios in 2019. As Axios reported, the documents identified a host of “red flags” about many individuals who would go on to work in the Trump administration, as well as others who were considered but failed to secure a position. [35]

Zinke was listed among the documents. Some notable samples from the internal documents, listed under a heading titled “Red Flags,” below:

“While Running For Congress In 2014, Zinke Called Hillary Clinton The ‘Anti-Christ,’ Referring To Her As ‘The Real Enemy.’”

Ryan Zinke announced his resignation as Interior Secretary and that he would leave the administration at the end of the year. The Washington Post reported Zinke blamed “vicious and politically motivated attacks” for his resignation. His departure was set for January 2. [34]

In his resignation letter to President Donald Trump, Zinke wrote “vicious and politically motivated attacks” on him and his family had “created an unfortunate distraction” in fulfilling the mission of the agency. [34]

Zinke attended the CERAWeek energy conference in Houston, where he declared that the Trump administration is “pro-energy across the board.” Bloomberg reported that Zinke advocated for a partnership with oil and gas companies: [30], [31]

While Zinke admitted that “certainly oil and gas and coal have a consequence on carbon,” he went on to criticize wind turbines: 30]

“We probably chop us as many as 750,000 birds a year with wind, and the carbon footprint on wind is significant,” Zinke said. 30]

Time magazine noted that the carbon footprint for wind energy is significantly lower than electricity generated with coal or natural gas: [32]

Axios noted that, with regards to bird deaths by wind turbines, “Zinke is exaggerating the figure beyond virtually all published estimates,” and that “turbines are a drop in the bucket when it comes to the human-related causes of bird deaths.” [33]

On his first day in office, Ryan Zinke signed Secretarial Order 3346 which revoked the ban on lead ammunition and fish tackle on federal lands. The ban had been introduced on the last full day of the Obama administration. [19], [20]

“The revoked order would have stopped the needless, incidental poisoning of wild animals by toxic lead ammunition and fishing tackle on more than 150 million acres managed by the U.S. Fish and Wildlife Service,” Wayne Pacelle, president and CEO of The Humane Society of the United States told HuffPost. [21]

The Center for Biological Diversity notes that as many as 20 million birds and other animals die yearly from lead poisoning. Lead ammunition can also pose risks to humans, with particles of lead entering the meat of animals killed by lead shot. [22]

Zinke was scheduled to speak at the 2017 board meeting of the National Mining Association (NMA). According to The Intercept, and E&E News the meeting would take place at the Trump International Hotel in Washington, D.C. and feature some of the largest coal and mining companies in the country. [27], [28], [29]

Rooms for the days scheduled cost approximately $800 per night. Election law expert Brendan Fischer commented that, because Trump had refused to divest from the Trump Organization, “money spent at the president’s D.C. hotel will make it into the president’s pocket.” [28]

“The National Mining Association or any other lobbying group has likely concluded that spending money at the Trump International Hotel in D.C. is a solid way of currying favor with the administration — and that spending money anywhere else runs the risk of offending our very sensitive president,” he added. [28]

According to the event invitation, “The evening reception on the rooftop will be the first reception since the 2016 elections and will provide an excellent opportunity to meet the new members of Congress, build on our relationships, and share our perspectives with our guests from Congress and federal agencies.” [28]

The Washington Post reported that Zinke had been chosen by then-President-elect-Donald Trump as secretary for the Department of Interior position. [5]

Several environmental groups spoke out against Trump’s choice of Zinke. “Zinke embodies the worst kind of magical thinking in Congress: that government welfare handouts can save dying coal companies and crumbling oil and gas giants,” Diana Best of Greenpeace said. [5]

According to Kierán Suckling, executive director of the Center for Biological Diversity, Zinke’s career “has been substantially devoted to attacking endangered species and the Endangered Species Act.” National Parks Conservation’s president, Theresa Pierno, said he “has repeatedly voted to block efforts to designate new national parks that would diversify the National Park System.” [5]

Ryan Zinke is co-author of American Commander: Serving a Country Worth Fighting For and Training the Brave Soldiers Who Lead the Way. According to a search of Google Scholar, he does not appear to have published any articles in scientific areas. [25], [26]