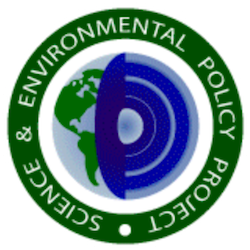 The Science and Environmental Policy Project (SEPP) is a research and advocacy group financed by private contributions based in Arlington, Virginia. It was founded in 1990 by climate change skeptic S. Fred Singer, Gerhard Stohrer, and Fred Singer’s wife Candace Crandall.

SEPP has questioned concerns about ozone depletion and global warming, as well as the negative health impacts of pesticides and passive smoking. [21]

“Climate science is not ‘settled;’ it is both uncertain and incomplete. The available observations do not support the mathematical models that predict a substantial global warming and form the basis for a control policy on greenhouse (GH ) gas emissions. We need a more targeted program of climate research to settle major scientific problems.” [1]

According to their website, “SEPP does not solicit financial support from either industry or governmental sources. Income is derived mainly from charitable foundations and private individuals… . SEPP operates on a modest budget; its officers and associated scientists do not receive salaries but contribute their services on a pro bono basis.” [2]

S. Fred Singer has acknowledged that he has received funding from Exxon, Shell, Unocal and ARCO . He also acknowledged that SEPP is partially funded by Exxon, as reported by an article in The Heat is Online examining industry funding of the “greenhouse skeptics.” [3]

The Conservative Transparency project lists funding for the years 2007 and 2003: [4]

The Claude R. Lambe Charitable Foundation is one of the Koch Family Foundations.

According to the latest available 990 form (2012), individual trustees and directors included:

Board of Science Advisors

SEPP , represented by Kenneth Haapala, is listed on an open letter to President Donald J. Trump urging him “to withdraw fully from the Paris Climate Treaty and to stop all taxpayer funding of UN global warming programs.” [29]

DeSmog reported that the 40 groups represented in the letter, including the Competitive Enterprise Institute (CEI ), The Heartland Institute, and the Heritage Foundation, have received a combined total of millions of dollars from the Koch Brothers, ExxonMobil, and other industry groups. [30]

Analysis also showed that the groups accepted about $80 million through Donors Capital Fund and Donors Trust, two groups that have been confirmed is a key financial source for key U.S-based climate change denial groups. [31]

The Science and Environmental Policy Project is listed as a co-sponsor of the Heartland Institute’s Tenth International conference on Climate Change (ICCC10 ). [13]

During the conference, SEPP also sponsored the Fredrick Seitz Memorial Award, which was awarded to William Happer who “chronicled the Alice in Wonderland fantasy-like ravings climate alarmists [sic].” [23]

Fred Singer also delivered a “message of hope” regarding climate change as a speaker at the conference:

“Warming is not serious,” Singer said. “We can stand warming. Ice ages are serious. Major ones come every 100,000 years, controlled by astronomical factors. Not much we can do about those. And there are little ice ages, and they come about every 1,000–1,500 years. The major ice ages nearly wiped out humanity, at least they nearly did in Europe. … They wiped out the Neanderthals.” [24]

Nearly every board member of the Science and Environmental Policy Project signed an open letter to Pope Francis on Climate change that invites the Pope to reconsider his views on climate change before his encyclical letter on the environment.

The open letter was coordinated and signed by Calvin Beisner of the Cornwall Alliance and states that “Good climate policy must recognize human exceptionalism, the God-given call for human persons to ‘have dominion’ in the natural world (Genesis 1:28), and the need to protect the poor from harm, including actions that hinder their ascent out of poverty.” [26 ]

Video of Sheahen’s speech below:

The Science and Environmental Policy Project is listed as a co-sponsor of the Heartland Institute’s Ninth International conference on Climate Change (ICCC9 ) hosted in Las Vegas, Nevada. [14]

SEPP is listed as an official co-sponsor of the Heartland Institute’s Seventh International Conference on Climate Change (ICCC7 ). [15]

The Science and Environmental Policy Project is listed as a co-sponsor of the Heartland Institute’s Sixth International conference on Climate Change (ICCC6 ). [16 ]

The Science and Environmental Policy Project is listed as a co-sponsor of the Heartland Institute’s Fourth International conference on Climate Change (ICCC4 ). [17 ]

The Science and Environmental Policy Project is listed as a co-sponsor of the Heartland Institute’s Third International conference on Climate Change (ICCC3 ). [18 ]

The Science and Environmental Policy Project is listed as a co-sponsor of the Heartland Institute’s Second International conference on Climate Change (ICCC2 ). [19]

The Science and Environmental Policy Project is listed as a co-sponsor of the Heartland Institute’s First International conference on Climate Change (ICCC1 ). [20]

Fred Singer was involved in creating the Nongovernmental International Panel on Climate Change (NIPCC ), a venture partly funded by the Heartland Institute (which currently contributes over $300,000 per year to funding the report) and which is designed to be a counterpoint to the UN Intergovernmental Panel on Climate Change (IPCC ), except which argues that climate change is due to natural causes.

The 2008 NIPCC document was titled Nature, Not Human Activity Rules the Climate: Summary for Policymakers of the Report of the Nongovernmental International Panel of Climate Change and was published by The Heartland Institute. Fred Singer served as the General Editor. [22]

SEPP President S. Fred Singer signed a letter to President Bush asking him to withdraw the “Climate Action Report 2002” and demand that it be rewritten based on “sound science.” The letter recommends Bush “dismiss or re-assign all administration employees who are not pursuing your agenda, just as you have done in several similar instances.” [5]

Held a briefing at the National Press Club, along with Frontiers for Freedom and the Cooler Heads Coalition, entitled “Experts Discuss Why U.S. Should Withdraw From Kyoto Treaty.” [6]

It was at this conference that the infamous Leipzig Declaration was launched. The declaration states that “… it has become increasingly clear that – contrary to the conventional wisdom – there does not exist today a general scientific consensus about the importance of greenhouse warming from rising levels of carbon dioxide. In fact, most climate specialists now agree that actual observations from both weather satellites and balloon-borne radiosondes show no current warming whatsoever–in direct contradiction to computer model results.” [8]

Fred singer testified before the House Commerce Committee Subcommittee on Oversight and Investigations on how “… there is no scientific consensus on ozone depletion or its consequences.” (PDF )

According to Singer, “available scientific evidence does not support a ban on the production of chlorofluorocarbons (CFC s or Freons), halons, and especially methyl bromide. There certainly is no justification for the accelerated phase-out of CFC s, which was instituted in 1992 on nothing more than a highly questionable NASA press conference.”

The conference contended that “In recent years, a handful of scientists appear to have made exaggerated claims in the health and environmental areas. Their forecasts of dire calamities have strained public credulity and antagonized many in the scientific community, who contend that government policies today are moved more by press release than by sound, scientific research.” [7]

SEPP has promoted the The Heidelberg Appeal which was publicly released at the United Nations Earth Summit held in Rio de Janiero from June 3-14 1992.

Fred Singer helped to organize the conference where it was revealed, and may have been involved with the Appeal in other ways. [9]

The document was promoted through Philip Morris’s public relations firm, APCO & Associates. They then organized a seminar promoting various aspects of the associated scientific claims which was “co-sponsored” by SEPP and the George Mason University’s International Institute (funded by Philip Morris). [10]

The appeal states that “a Natural State, sometimes idealized by movements with a tendency to look toward the past, does not exist and has probably never existed since man’s first appearance in the biosphere, insofar as humanity has always progressed by increasingly harnessing Nature to its needs and not the reverse.” [11]

Published a “Statement by Atmospheric Scientists on Greenhouse Warming” which objected to the United Nations Conference on Environment and Development Earth Summit planned to take place in Rio de Janiero on June, 1992.

The signatories to the letter complained that the Earth Summit “aims to impose a system of global environmental regulations, including onerous taxes on energy fuels, on the population of the United States and other industrialized nations. Such policy initiatives derive from highly uncertain scientific theories. They are based on the unsupported assumption that catastrophic global warming follows from the burning of fossil fuels and requires immediate action.” [12]