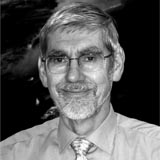 Vincent Courtillot is a professor of geophysics at the University of Paris Diderot and past Director of the Institut de Physique du Globe (IPGP) in Paris until January 14, 2011. [2]

He is known for his research on the hypothesis that impact events are the cause for mass extinctions on Earth which culminated in his book La Vie en catastrophes, or “Evolutionary catastrophes” in English.

Courtillot is a prominent french climate change skeptic who has been associated with Claude Allègre (described as a “a reliable sidekick to Allègre” by RealClimate ), and is a member of the Academic Advisory Council of the Global Warming Policy Foundation (GWPF).

“It is true that carbon dioxide has increased dramatically in recent decades. And if I am not persuaded that the effect on global temperatures is shown, nothing prevents these effects occur in the future (one of the main risks is ocean acidification).” [3]

“In recent interviews, journalists often start by insisting on the fact that I am ‘close to Claude Allègre‘. This is certainly true and has been for 40 years. It does not mean we think alike on all matters, we both are free and independent scientists.” [4]

“Together with Jean-Louis Le Mouël and some Russian colleagues, we have shown that some specific features of the magnetic field were remarkably well correlated with some variations in the sun’s activity – which in itself was not surprising – but the fact that it also correlated with the mean global temperature of the lower atmosphere came to us as a real surprise. This is how I started to get interested in climatology at the decadal to centennial time scale, an area which is not my specialty, though I had already encountered climatologists at the million year time scale with the Indian volcanism.”

“It is clear that oil, gas and coal resources will eventually be depleted someday and to be reasonably cautious about decreasing consumption is a necessity.  It does not need to be related to a legal precautionary principle.” [5]

Courtillot was listed as a writer/endorser of a Global Warming Policy Foundation (GWPF) briefing paper titled “The Small Print: What the Royal Society Left Out“ that accused the Royal Society of “presenting a misleading picture of climate science.” [12], [13]

“As an example, the Royal Society addresses the question of why Antarctic sea ice is growing,” said Prof Ross McKitrick, the chairman of the GWPF’s Academic Advisory Council, “but in doing so they present a recently proposed hypothesis as if it were settled science. Failing to admit when the answer to an important question is simply not known does a disservice to the public. We believe that this new paper does a much better job of presenting the whole picture to the public.” [13]

The paper was written/endorsed by the following “experts”: [12]

Courtillot contributed a presentation to a Climate Report by the French Academy of Sciences. According to Courtillot, “There was no other ‘labeled climate-skeptic’ presentation, but a number of presentations were critical of significant aspects of the majority view as expressed by the IPCC reports.”

His presentation was “on observations of recent climate change and our published work on evidence for solar forcing.” [4]

Vincent Courtillot and two other members of the Institute of Earth Physics of Paris (IPGP) were accused of a breach of publishing ethics for acting as editors for dozens of papers by IPGP colleagues from 1992 to 2008 in the journal Earth and Planetary Science Letters while they were members of the editorial board. [6]

The controversy also invovled the publication of one of his own papers titled “Are there connections between the Earth’s magnetic field and climate?” by V. Courtillot, Y. Gallet, J.-L. Le Mouël, F. Fluteau, A. Genevey (2007) EPSL 253, 328.

The issue was covered by the French magazine Le Monde, although the original article no longer appears to be available. The blog Rabett Run offers an excerpt and translation of the original article which discussed Courtillot’s potential conflict of interest. Science also offers an article, however it requires a subscription. [8]

Courtillot was outraged by the Le Monde article, and sent a response that was covered by the magazine. [9]

In terms of the scientific merits of their article, RealClimate offers a critique of Courtillot’s paper where he had argued that fluctiations in the Earth’s magnetic field (due to the Sun) may drive climate change. [10]

According to RealClimate, the paper contains “a number of errors of a more troubling nature” including a “misleading impression of the comparison of forcing by solar variability relative to greenhouse gas forcing by failing to take into account the Earth’s spherical geometry and albedo.”

A sample of Courtillot’s publications is available at IPGP. His work appears mainly int he area of geophysics and geomagnetics.