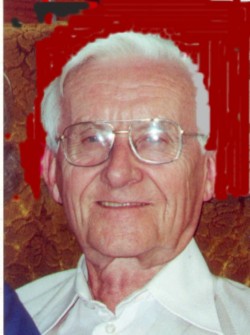 Vincent Gray was a chemist based in New Zealand and a retired coal industry researcher, climate author, and founder of the New Zealand Climate Science Coalition. Gray passed away in June 2018 at 96 years old. [20]

“The ‘globe’ is simply not ‘warming’, for all of eight years. This year it will probably cool. Since all of the IPCC‘s models ‘project’ the ‘likelihood’ of a steady warming over this period, all of them must be wrong, and we can expect similar failures for all the other ‘projections’.” [2]

“The claims of the IPCC are dangerous unscientific nonsense.” [18]

“The two main ‘scientific’ claims of the IPCC are the claim that ‘the globe is warming’ and ‘Increases in carbon dioxide emissions are responsible’. Evidence for both of these claims is fatally flawed.” [3]

Gray often introduces himself as an IPCC expert reviewer. He says that “I have been an ‘Expert Reviewer’ for The Intergovernmental Panel on Climate Change (IPCC) since its first major Report in 1990.”

He uses this as justification for his continuous attack on the IPCC, having called the panel “fundamentally corrupt,” and describing their scientific methods as “unsound.” Gray also published a book critiquing the IPCC titled The Greenhouse Delusion. The book describes the panel has having “not convincingly made its case that increases in carbon dioxide levels are occurring and [sic] that increase will have harmful effects.” [1]

Although the National Post suggests that “no one has been a more faithful reviewer than Dr. Gray,” all it takes to be an expert reviewer is to refrain from publicly commenting on the draft. So just about anyone who requests to see a draft of the IPCC‘s report is qualified to be an IPCC expert reviewer. [4]

Gray’s signature is displayed alongside a full-page ad funded by the CATO institute that appeared in numerous newspapers including the Washington Post, the New York Times and the Chicago Tribune in 2009.

The advertisement responds to President Obama’s declaration that “few challenges facing America and the world are more urgent than combating climate change. The science is beyond dispute and the facts are clear” by saying that “with all due respect Mr. President, that is not true.” It goes on to describe how “there has been no net global warming for over a decade,” and how global warming is “grossly overstated.” [17]

Vincent Gray was signatory to an open letter to United Nations Secretary General Ban Ki-Moon calling for the UN to “lead the UN into abandoning the CO2-based theory of global warming and nullifying its former recommendations.” [21]

“The assertion that the recent rapid rise of CO2 is unique and dangerous is both deceptive and irrelevant because CO2 does not drive the world’s climate,” the letter claimed, adding “ there is clearly no evidence for the CO2-based theory of global warming. Indeed, there is only evidence against it.” [21]

The letter was signed by many notable climate change deniers, including but not limited to: [21]

The paper claims that “The Global Warming Scam has been perpetrated in order to support the Environmentalist belief that the earth is being harmed by the emission of greenhouse gases from the combustion of fossil fuels.” [5]

His paper has since been refuted by a New Zealand Website Hot Topic. [6]

Gray signed an open letter to the Secretary-General of the United Nations alleging that that the “UN climate conference is taking the World in entirely the wrong direction.” It claimed that the process resulting in the IPCC report was flawed, and that if Global Warming really was human-caused that energy would be better spent trying to mitigate the damage it would do, as opposed to trying to stop it. [8]

Was interviewed by the New Zealand Herald as a “prominent” climate skeptic. [9]

Gray was featured on the Australian Broadcasting Corporation program Counterpoint in a debate entitled “Nine Lies about Global Warming.” [10]

Gray set up the New Zealand Climate Science Coalition, a group with the aim of “refuting what it believes are unfounded claims about anthropogenic (man-made) global warming.” [11]

Gray is a signatory to an open letter to Prime Minister Stephen Harper titled “Open Kyoto to Debate.”

The letter claims that Global climate changes all the time due to natural causes and the human impact still remains impossible to distinguish from this natural ‘noise.’”

Published a policy paper in 2001 for a Canadian think tank called The Frontier Centre for Public Policy.  [12]

In one ICECAP article (PDF), Gray touts his position as an “expert reviewer” of the IPCC. He further describes how the IPCC science has been “’spun’ to support a global campaign to limit human emissions of certainb [sic] greenhouse gases which has no scientific basis.”

Gray publishes a newsletter called the NZ Climate and Envirotruth.

NZ Climate Truth provides the following description on their home page: “Vincent is too modest, the content is global in scope and his penetrating analysis honed by years of reviewing IPCC reports is applied to issues arising in the Greenhouse / Global Warming / Climate Change debate.”

In 2004, Gray published a book, The Greenhouse Delusion : A Critique of “Climate Change 2001”. In it, Gray argues “that the quality and reliability of the IPCC‘s measurements are poor, the system of determining how much weight should be attributed to different influences on the earth’s temperature is faulty, and the validity of evidence derived from computer modeling is questionable.”