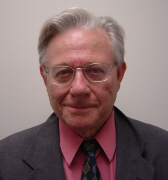 Dr. A. Alan Moghissi is a former official with the U.S. Environmental Protection Agency (EPA). He retired from the EPA in 1985 and formed the Institute for Regulatory Science (RSI) where he currently serves as president. [17], [20]

Moghissi is a long-time member of the American Council on Science and Health (ACSH), where he sits on their Board of Scientific Advisors. Moghissi served for several years as the Chairman of the Board until stepping down from that position in 2001.  [18], [19], [21]

A 1998 issue of the Center for Media and Democracy’s PR Watch offered the following description of Moghissi’s role at ACSH: [22]

“Moghissi characterizes environmentalism as a belief that ‘members of endangered species deserve protection and that, because there are billions of humans, humanity does not qualify for protection.’ As an ‘expert on risk assessment,’ Moghissi appears regularly on rosters of industry-supported ‘expert panels’ that work to undermine environmental regulations. He serves on the advisory board of numerous antienvironmental organizations and right-wing ‘think tanks,’ including the American Policy Center’s ‘EPA Watch,’ the Committee for a Constructive Tomorrow, the Advancement of Sound Science Coalition, and the National Wilderness Institute, a ‘wise use’ anti-environmental organization that calls for abolition of the Endangered Species Act.”

For Moghissi’s quote on environmentalism in context, see his original article, published in a 1998 issue of the ACSH publication Priorities. [2]

Moghissi was among contributors and reviewers listed in a ACSH report on “Global Climate Change and Human Health.” He was also a member of the ACSH board of directors at the time.  The report concluded: [3]

“If global climate change occurs as gradually as the Intergovernmental Panel on Climate Change has predicted, policymakers can safely take several decades to plan a response, and scientists will have enough time to develop cost-effective anti-climate-change strategies.

“Implementation of current proposals for mitigation measures-measures to stabilize the concentration of greenhouse gases in the atmosphere-would be both costly and ineffective.

“Adaptational measures-measures to suit economies, healthcare systems, and living conditions to real-life, imminent, and foreseeable challenges to human health (for example, infectious diseases and weather disasters)should be the central component of any policy whose theme is the potential health impact of global climate change. […]”

“While most industrialized societies have a good understanding of poverty and at least a marginal understanding of ignorance, what constitutes protecting the environment is controversial. In certain countries, advocates of environmental protection call themselves ecologists. One environmentalist slogan is ‘Support your ecology.; Most dictionaries (and the Natural Resources Defense Council) define ‘ecology’ primarily as a branch of science whose focus is the relationship between organisms and their environment. By this definition, an ecologist is a scientist specializing in the study of such relationships. But the cores of most environmental advocacy organizations do not consist of scientists proficient in that field. The philosophy of most environmentalist groups is, in effect, that members of endangered species deserve protection and that, because there are billions of humans, humanity does not qualify for protection.

“In the United States and in nearly all other democracies, environmental laws are established primarily to protect humans. For example, wildlife-preservation laws serve to maintain gene pools, which are potentially useful to human therapeutics. Although every civilized society has accepted avoidance of unnecessary harm to nonhuman animals as an ethical obligation, no society is willing to compare human lives to the lives of other organisms.

“In the next century, poverty, ignorance, and protecting the environment will be the greatest challenges to the world community. Public education with three foci—literacy, the sciences, and critical thinking—is necessary for the elimination of poverty. And the elimination of ignorance and poverty is necessary for efficient protection of the environment. Excessive allocation of resources to deal with one of the three challenges will probably further complicate dealing with the other two.” [2]

Moghissi was a reviewer of an American Council on Science and Health (ACSH) special report titled “Global Climate Change and Human Health.” [3]

According to the report, “From the standpoint of public health, stringently limiting such emissions at present would not be prudent. Fossil-fuel combustion, the main source of human-induced greenhouse-gas emissions, is vital to high-yield agriculture and other practices that are fundamental to the well-being of the human population.”

The report also suggests that “policymakers can safely take several decades to plan a response,” assuming that climate change “occurs as gradually as the Intergovernmental Panel on Climate Change has predicted.”

According to PR Watch, Moghissi served on a panel created by the libertarian Competitive Enterprise Institute in cooperation with Consumer Alert and the National Consumer Coalition to challenge the EPA‘s policy requiring asbestos removal from schools and other public buildings. [4], [22]

According to a search of Google Scholar, A. Alan Moghissi has not authored any articles in peer-reviewed journals on the subject of climate change. [23]

Moghissi’s profile at George Mason University notes that “Alan Moghissi has published over 400 papers, including several books, has edited three scientific journals, and is a member of the editorial board of several other scientific journals.” [18]

He is co-author to a number journal articles on the subject of environmental protection. Some samples below:

Moghissi is also a co-author of the book Best Available Science, published by the Institute for Regulatory Studies.