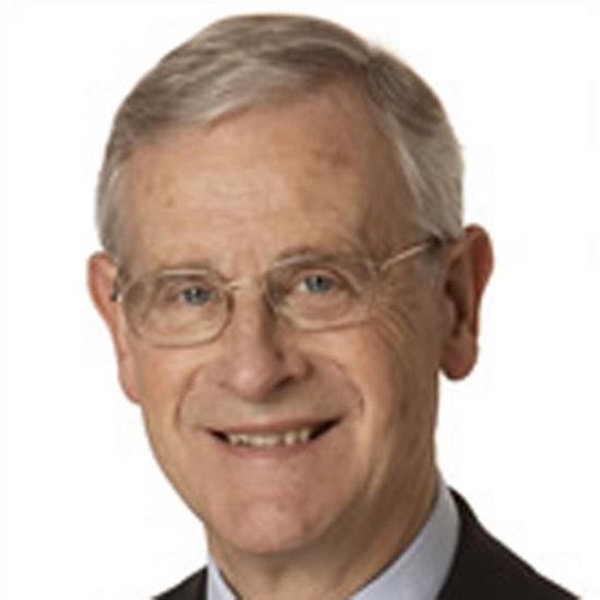 He is perhaps best known for losing a £1000 bet on the extent of climate change in 2016 to Cambridge University academic Chris Hope [editor’s note: Chris Hope is the father of DeSmog UK’s editor, Mat Hope]. [3]

Rudge is also a member of the Royal Society, the founding chairman and subsequent president of the ERA Foundation, a British engineering-focused organisation, and a former member of the government’s Scientific Advisory Committee. He is also former deputy chief executive at British Telecommunications (BT). [1]

Rudge is also a trustee and chairman of Civitas, a British education charity based at 55 Tufton Street, home to a small network of pro-Brexit, anti-regulation and climate sceptic think tanks. [4]

In an ERA Foundation lecture, Rudge called for the repeal of the UK’s 2008 Climate Change Act, which he argues “is acting directly against the economic interests of the nation.” [5]

Rudge has supported the argument that because the UK is responsible for “only 2 percent” of global emissions, any action taken at home won’t help tackle climate change, according to a summary of his talk at an All Party Parliamentary Engineering Group debate. [6]

On renewables, Rudge argued wind power is “not practical” and that solar power is “too expensive.” Instead he favours shale gas and nuclear power. [6], [5]

After losing a bet on climate change, he told the Times: [7]

“You could say I was the mug for taking the bet. I feel a bit stupid about it. Lucky Chris Hope — and a lesson for all who would gamble on the planet’s unpredictable weather to look carefully at the terms before signing up!”

Speaking to the ERA Foundation he said: [5]

“The 2008 Climate Change Act was conceived during a period of great alarm over the consequences of man-made Global Warming. The Act was intended to reduce carbon emissions and thereby save the planet from imminent catastrophic overheating. However, in practice it does nothing of the sort. It is more about dogma and posturing than reducing carbon emissions. It is also evident that the science upon which it was based had rather more uncertainties and was less settled than was being mooted at the time.”

Rudge was one of the leaders of a petition to the Royal Society to rewrite it’s official position on climate change. He told The Times: [8], [9]

“I think the Royal Society should be more neutral and welcome credible contributions from both sceptics and alarmists alike. There is a lot of science to be done before we can be certain about climate change and before we impose upon ourselves the huge economic burden of cutting emissions.”

“One of the reasons people like myself are willing to put our heads above the parapet is that our careers are not at risk from being labelled a denier or flat-Earther because we say the science is not settled. The bullying of people into silence has unfortunately been effective,” Rudge continued.

Rudge refused to name any other of the signatories of the petition.

Rudge, along with Australian geologist Ian Plimer, lost a bet to Cambridge University researcher Chris Hope that 2015 wouldn’t be the hottest year ever recorded. Rudge and Plimer lost £1,000 each in the bet. [10]

Rudge successfully organised a petition to challenge the UK’s oldest scientific institution, the Royal Society’s position on climate change for being “unnecessarily alarmist” and acknowledge “uncertainties” in the science. Only three percent of the Society’s membership (43 people) signed the petition. [9], [11]

According to his Royal Society profile, Rudge has “served on more than 20 company boards, most recently as Deputy Chairman of Experian.” Below is a partial listing, according to Companies House records: [1], [15]

Alan Rudge does not appear to be active on social media.

According to his profile at the Royal Society, Rudge is the former editor of the Antenna Handbook. According to a search of Google Scholar, Alan Rudge has not authored any articles in peer-reviewed journals on climate change. [1], [12]