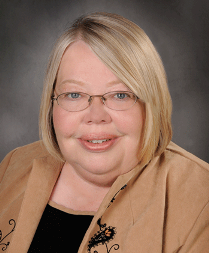 Evelyn Browning-Garriss describes herself as a “historical climatologist” or “climatologist,” while it is unclear if she has specific education in this area. She is best known for her publication of the Browning Newsletter, a publication by Fraser Management, that “contains articles, observations and facts to support our contention that man is significantly influenced by the climate in which he exists.”

Browning has worked for 30 years as a business consultant, editor and author “explaining the impact of changing climate on economic and social trends.” In addition to her work on the Browning Newsletter, she does “daily consulting and contract research for businesses and investors” and does regular lectures and seminars. [2], [1]

Evelyn Browning believes that Decadal Oscillations, among other factors, are the cause of observed changes in worldwide climate. Skeptical Science explains why this concept is not the smoking gun that some climate change skeptics believe it is. She has also said the world has been undergoing a natural cycle of warming for over 100 years, and that “Any man-made warming is on top of that.” [3]

According to Evelyn Browning-Garriss, the climate is determined by: [5]

“Just recently we’ve been cooling. […] If you look at temperatures, we are down from the high temperatures that we had in 1998 which was during a large El Nino. And even if you say that doesn’t count, our global temperatures have been almost flat since 2000 and really dropped the last year. In fact, the last year […] in the Arctic, the Arctic Ice cap grew […] it just really grew. Now if you listen to stories, they talk about last year melting in the Antarctic because they don’t want to talk to you about the Arctic.” [4]

“The integrity of their climate reconstructions are under attack. Now there is no way to know if their climate adjustments are any more reliable. No wonder the e-mails showed the CRU stonewalling requests for the raw data that backed their assumptions  – much of it didn’t exist now.” [6]

Evelyn Browning-Garriss regularly appears on the Financial Sense Newshour, hosted by Jim Puplava. She has been featured in a number of interviews and articles to talk about climate change and financial issues.

Browning discussed the “Climategate” controversy in the February 2010 issue of the Browning Newsletter. The issue, Vol. 35, No. 2 (PDF), was titled “Baby, It’s Cold Outside.” According to her summary of events, “a number of e-mails […] revealed a community under siege that discussed ways to promote its own agenda and crush its critics. These comments included blackballing critics from publishing in peer reviewed journals, modifying data and denying access to raw data or the methodology used in research.” [6]

Browning goes on to describe how “Early research showed that there has been extreme natural variation in climate,” pointing to the Medieval Warm Period and the subsequent Little Ice Age. She then describes Michael Man’s Hockey Stick graph as having  “showed very little climate fluctuation until the beginning of the industrial age.”

Browning suggests that  “The e-mails between Mann and the British CRU scientists showed a determined effort to resist showing any of this or any data and methodology used to produce similar findings.” She then points to research studies on the Medieval Warm period, and concludes: “One has to ask, how accurate are the CRU’s climate reconstructions?”

Skeptical Science summarizes the “Medieval Warm Period” argument that is commonly used by climate change skeptics. According to Skeptical Science, “using this as proof to say that we cannot be causing current warming is a faulty notion based upon rhetoric rather than science.”

Evelyn Browning Garriss is the author of the Browning Newsletter. According to a search of Google Scholar, Evelyn Browning-Garriss does not have peer-reviewed publications on any subject.

One citation appears for her book, Past and Future History: A Platter’s Guide, published by the Fraser Publishing Company. Her other book, also published by Fraser, is titled Troubled Waters: Changing Climate and Its Impact on Society and Investments.