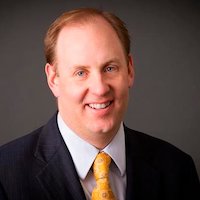 Matthew Dempsey is the managing director of strategic communications at FTI Consulting, a Washington, D.C.-based public relations firm. His primary areas of focus are “regulatory matters” at the U.S. Environmental Protection Agency, “as well as oil, gas and mining sectors.” [1]

Dempsey is also the opinion editor at Western Wire. According to his Western Wire profile, “Since 2013, Matt has worked as a consultant to pro-energy groups, including Energy In Depth, the Center for Regulatory Solutions and Divestment Facts.” Both groups are projects of the Independent Petroleum Association of America (IPAA). [2]

Western Wire describes itself as “a project of Western Energy Alliance (WEA), a non-profit regional oil and natural gas association based in Denver, Colo., and active across 13 states.” According to the since-removed “About” section of its website, the group was originally formed as the Independent Petroleum Association of Mountain States (IPAMS) in 1974, and represents “over 400 independent natural gas and oil producers, service and supply companies.” WEA lobbies on behalf of its members’ interests in Washington, D.C. [2], [3]

Dempsey was quoted by VTDigger as stating, “divestment doesn’t actually address climate change, and it’s costly for no climate gain,” in an article about Vermont Governor Peter Shumlin’s announced intention of divesting the state’s pension fund pursuing from coal and ExxonMobil stocks. [6]

In an email interchange with ThinkProgress‘s Wonk Room, Dempsey – then communications director for Sen. James Inhofe – deflected questions about links between climate change and extreme weather: [7]

WONK ROOM: “Does Sen. Inhofe believe that the disastrous weather that is shutting down the federal government raises the sense of urgency about addressing climate change?”

DEMPSEY: “Brad — thanks for your email. Are you suggesting this blizzard is a result of global warming?”

WONK ROOM: “I’m just asking whether Inhofe believes that these killer storms raise the sense of urgency about reducing the risk of climate change.”

DEMPSEY: “Thanks — it sounds like you are attributing the blizzard to global warming (or if you prefer, ‘climate change’), is that correct?”

WONK ROOM: “I believe the climate system is deterministic. Global warming, climate change, take your pick. Is my question unclear?”

DEMPSEY: “You haven’t answered my question yet, do you believe this blizzard is the result of global warming?”

WONK ROOM: “I asked you first. But because you asked nicely, I believe that the climate system is deterministic — in other words, particular weather events are unique instantiations of the state of the climate system, which has been perturbed by anthropogenic forcings.

“Do I believe that a climate system that hadn’t been perturbed by man-made warming could have generated storm patterns largely equivalent to this year’s? It’s certainly possible, although there’s no record of it happening.

“But this is just my attempt to interpret what you mean when you ask whether weather ‘is the result’ of radiative forcing, which doesn’t really make sense.”

Calling for #fossilfuel divestment may be popular for environmentalists, but that doesn’t make it less of an empty gesture. Read why economics professors, finance experts and more agree that divestment is about moral vanity, not climate change: https://t.co/Z9zqKVmi94

Ahead of a hearing by the New York State Senate Standing Committee on Finance to discuss divesting the New York State Common Retirement Fund from fossil fuels, Dempsey said that “divestment is an empty, ineffective political gesture with a hefty price tag for real people. These aren’t just political talking points – these are millions, if not billions in major losses that hit the pockets of taxpayers and retirees first.” [8]

Regarding divestment at the University of Denver, Dempsey told the Denver Business Journal: “This is about trying to demonize the industry and in doing so demonizing everyone in that community: oil and gas workers, or coal workers.” [9]

In a press release celebrating Cornell University’s rejection of a proposal to divest their endowment from large oil companies over the next 20 years, Dempsey wrote: [10]

“Even though divestment is demonstrably a horrible strategy and would cost Cornell millions a year for no actual gain, you have to tip your cap to the administrators for standing up on this and doing the adult thing, doing the thing that was best for Cornell’s students, faculty and academic programs, even though doing the opposite thing would have gotten them lots of nice mentions on Twitter.”

In a statement quoted by the Washington Times, Dempsey applauded Swarthmore College, among other schools, for refusing to divest from fossil fuels: [11]

“Today Swarthmore joined numerous schools across the country like Harvard, Yale and Middlebury in rejecting an anti-fossil fuel political campaign.

“While activists are clearly good at getting headlines, schools understand that divesting would be all cost for no environmental gain.”

Matt Dempsey was one of two FTI Consulting strategists who “posed as journalists in an attempt to interview an attorney representing Colorado communities that are suing Exxon for climate change-related damages,” Climate Liability News reported. [12]

The attorney, Marco Simons, was general counsel for EarthRights International and representing Colorado communities in a lawsuit seeking climate damages from ExxonMobil.

Dempsey and Sandoval’s action, according to the story, “potentially runs afoul of ethics rules for both the legal and public relations industries, and appeared to be a fishing expedition for information about Simons’ clients in that suit.” [12]

In their call with Simons, recorded and released by EarthRights International, Sandoval confirmed that FTI Consulting had been contracted to run and staff Western Wire. According to Climate Liability News, “the two men pressed for an interview even though Simons quickly said he couldn’t talk to them if they represented Exxon in any way. When they evaded the question, Simons refused to comment.” [12]

Simon then asked, “OK, well it does include an executive from Exxon on its board, right?” — referring to Greg Pulliam, an Exxon employee and public and government affairs manager for XTO Energy.

“So, I’m just assuming that Exxon’s one of its members,” Simon said. “I guess I’m just concerned from a conflicts perspective if you’re being funded by an organization that you don’t know their members, how do you, I guess, ensure … lack of conflicts from a journalistic integrity point of view?”

Sandoval then put Matt Dempsey on the line. Dempsey asked Simon whether he was asking these questions as the lead counsel in the lawsuit against Exxon: [12]

“We’re ready to proceed on an interview about the case, but if this is something else, we need to know that now,” said Dempsey, adding that he had contacted Simons at the request of the City of Boulder.

“What I’m saying is that if you’re representatives of Exxon in any fashion,” Simon responded, “I can’t talk to you about the litigation as an ethical matter because Exxon is represented by counsel, and I can only talk to their counsel.”

Dempsey did not deny representing Exxon and instead questioned Simons’ statement.

Simons again said he had a conflict with Western Wire only if the organization represented Exxon in any way, something neither Dempsey nor Sandoval denied. Dempsey persisted in his line of questioning, but Simons repeatedly said he could not comment unless the two could confirm they were not Exxon representatives, which they did not.

“I cannot comment about this litigation unless you can tell me that you are not representatives in any way of Exxon,” Simons said.

Dempsey declined to answer and then ended the phone call.

Hear the original audio below:

Dempsey, identified as a spokesman for the “Center for Regulatory Solutions,” wrote an opinion column in The Denver Post criticizing the paper’s reporting, in a recent article, that ozone-related health impacts were connected to oil production. [13]

“Rather than joining efforts to develop solutions that ensure clean air and a healthy economy, anti-fossil fuel activist groups seem far more interested in targeting the public with alarmist reports that are intended to drive a political agenda,” Dempsey wrote.

The Center for Regulatory Solutions (CRS) is a project of the Small Business & Entrepreneurship Council (SBEC), a 501(c)(4) organization that describes itself as “protecting small business, and promoting entrepreneurship.” [14]

Dempsey’s name appeared on multiple reports issued during the Obama administration by the Republican minority of the U.S. Senate Environment and Public Works Committee. The reports cited a list of hundreds of scientists who supposedly disputed the human-driven causes of climate change, and listed climate denial operative Marc Morano as a contact. The list, which Sen. James Inhofe promoted, has been debunked. It includes many individuals with no experience in climate science. [17]