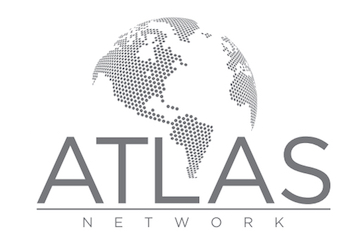 The Atlas Network is a Washington, DC-based non-profit organization that describes itself as working to support a growing network of more than 450 “free market” organizations in more than 90 countries promoting free market ideas.

Many of the member think tanks of the Atlas Network have supported climate science denial and have campaigned against legislation to limit greenhouse gas emissions.

The Atlas Economic Research Foundation (AERF) was founded by Antony Fisher in 1981 with the goal of spreading “innovative, market-based perspectives to issues of public policy” globally.

In 1955, Fisher had founded the Institute of Economic Affairs (IEA), after conferring with free-market economist F.A. Hayek. Fisher and Hayek were part of the Mt. Pelerin Society’s early efforts. IEA became an influential London-based think tank promoting neoliberal ideas of limited government and low regulation. [1] It has been embroiled in controversy over its influence on Brexit, its secretive funding–including funding from U.S. dark money operations Donors Trust and Donors Capital–and the disclosure of substantial funding from oil giant BP.

According to UK Charity Commission filings (PDF), The Atlas Economic Research Foundation (UK) was working as the International Policy Network, and is registered with the Charity Commission for England and Wales, number 262982. In April 2001, with the consent of the Charity Commission, it adopted the working name of The International Policy Network, ‘IPN’, and in December 2004, ‘UK’ was added to the name.  The UK Atlas Economic Research Foundation and the IPN UK are no longer listed among UK Charities. and the UK branch was most recently operating with a new name, “Network for a Free Society.” The U.S. Atlas Network appears to be a separate entity from the International Policy Network US Inc., although Atlas Network’s 2010 financial records reveal that they continued to provide support to IPN. [2]

The stated vision of the Atlas Network is to “win the long-term policy battles that will shape history, we need freedom champions to create credible institutes – well-managed and independent of vested interests – that use sound business practices to advance sound public policy ideas.”

SourceWatch describes the Atlas Economic Research Foundation as “The Johnny Appleseed of antiregulation groups […] on a mission to populate the world with new ‘free market’ voices.” The mission of Atlas, according to John Blundell (president from 1987 to 1990), “is to litter the world with free-market think-tanks.” [3]

The Atlas Network has played a role in the work of a varity of conservative think tanks including the Manhattan Institute in New York, the National Center for Policy Analysis in Texas, Instituto Libertad y Democracia in Peru, the Acton Institute in Michigan, Fundación Libertad in Argentina, the Lithuanian Free Market Institute, Instituto Libertad y Desarrollo in Chile, the Centre for Civil Society in India, Istituto Bruno Leoni in Italy, and the Association for Liberal Thinking in Turkey, among others. [1]

Atlas identifies, screens, and offers initial support to individuals and groups who want to create local think tanks. Atlas “strives to provide personal assistance to individuals who are starting a free-market institute” and offers online training programs “that will walk you through the early stages of starting a think-tank.” [4]

Atlas has cosponsored numerous Heartland Institute events dedicated to the proposition that climate change is not a crisis.

In a November 2014 commentary, Atlas CEO Brad Lips wrote: “The Kyoto Protocol – signed by President Clinton in 1998 (but never ratified by the U.S. Senate) – now appears to have been the high-water mark for the Global Warming movement (since coincidentally that was that last year of measured “warming”). Even those who believe global warming is a catastrophic, man-made problem now struggle to make a case that global energy austerity is a practical or cost-effective course of action.” [18]

“Atlas Network is not endowed and it does not accept government funding. It does not support political candidates or parties, or otherwise involve itself in partisan politics.

We are grateful to those generous individuals, philanthropies, and businesses that entrust us with financial resources to build a greater public consensus around the ideas of a free society by advancing the Atlas Network mission.”

According to their financials page, “Atlas Network is an independent, nonprofit 501(c)(3) organization. Atlas Network is not endowed and does not accept government funding. All of its programs depend upon the generosity of foundations, individuals, and corporations.” [5]

According to data collected by Greenpeace USA, the Atlas Economic Research Foundation has received $348,560 in combined donations from Koch-related foundations between 1998 and 2015. [25]

The Center for Media and Democracy (CMD/PRWatch) reports that the Atlas Economic Research Foundation was named as a creditor in Peabody Energy’s bankruptcy filings. [20]

While the available bankruptcy documents do not list the scale or dates of funding, they outline Peabody Energy’s financial ties to a large network of groups promoting climate change denial. [21]

The Guardian also analysed and reported on the Peabody bankruptcy findings: [23]

“These groups collectively are the heart and soul of climate denial,” said Kert Davies, founder of the Climate Investigation Center, who has spent 20 years tracking funding for climate denial. “It’s the broadest list I have seen of one company funding so many nodes in the denial machine.”

The company’s filings reveal funding for a range of organisations which have fought Barack Obama’s plans to cut greenhouse gas emissions, and denied the very existence of climate change. […]

Among Peabody’s beneficiaries, the Center for the Study of Carbon Dioxide and Global Change has insisted – wrongly – that carbon emissions are not a threat but “the elixir of life” while the American Legislative Exchange Council is trying to overturn Environmental Protection Agency rules cutting emissions from power plants. Meanwhile, Americans for Prosperity campaigns against carbon pricing. The Oklahoma chapter was on the list. […]

“The breadth of the groups with financial ties to Peabody is extraordinary. Thinktanks, litigation groups, climate scientists, political organisations, dozens of organisations blocking action on climate all receiving funding from the coal industry,” said Nick Surgey, director of research for the Center for Media and Democracy.

“We expected to see some denial money, but it looks like Peabody is the treasury for a very substantial part of the climate denial movement.”

Notable organizations listed in the initial documents include:

Notable individuals named in the initial documents include the following:

Atlas announced that Australian think tank the Institute of Public Affairs was a finalist in its flagship Templeton Freedom Awards for a campaign against the country’s laws that had put a price on greenhouse gas emissions.

IPA executive director John Roskam described the laws as “the greatest threat to the free market in Australia since bank nationalisation in 1947.”  The laws, introduced despite a toxic anti-science campaign promoted by the IPA, were repealed in July 2014.

Atlas Economic Research Foundation was listed as a Co-sponsor of the Heartland Institute’s Fourth International Conference on Climate Change (ICCC4). [11]

The conference’s theme was “Reconsidering the Science and Economics,” and its purpose was “the same as it was for the first three events: to build momentum and public awareness of the global warming ‘realism’ movement.”

The conference’s theme was “Climate Change: Scientific Debate and Economic Analysis,” to reflect Heartland’s belief that that “scientific debate is not over.”

Greenpeace reports that Atlas gave over $100,000 (among other donations) to fund a “Danish study,” prepared by Danish think-tank CEPOS, that “provides clean energy opponents a means of raising questions about the viability of renewable energy and a means of directly criticizing President Obama for his statement that Denmark produces almost 20% of its electricity through wind power.” [14]

“[T]he study contains factual errors, its conclusions have been misrepresented and to boot, its findings are not particularly relevant to the US,” Greenpeace concluded.  [15]

Atlas Economic Research Foundation was listed as a Co-Sponsor of the Heartland Institute’s Second International Conference on Climate Change (ICCC2). [16]

DeSmogBlog researched the funding behind Heartland’s Second International Conference on Climate Change and found that sponsor organizations had received over $47 million in funding from energy companies and right-wing foundations. [17]

The Atlas Economic Research Foundation hosted a conference in Orlando Florida on “Poverty and the Environment.” [27]

According to the conference event description, “This Atlas Economic Research Foundation conference will bring together scholars and government officials from the Americas, to discuss the interrelationships between poverty, human health and environmental quality. For two days, speakers, panelists and commentators will examine deep-rooted problems … evaluate how nations have sought to solve them with central planning and governmental mandates … explore market-oriented alternatives to command-and-control approaches … and address the pros and cons of international treaties and protocols that often involve one-size-fits- all ‘solutions’ to narrowly defined environmental problems and concerns.” [27]

As of 2022, the Atlas Network no longer listed individual partners in other countries on its website, however noted that “Atlas Network actively partners with over 500 wholly independent, nonprofit organizations spanning almost 100 countries around the globe because they share our commitment to the principles of a free society.” [28]

While more recent directories have listed groups as “partners” of Atlas, older versions of Atlas’s “Freedom Directory” suggested not all groups may be direct members of Atlas. [29]

For example, a 2005 version of the directory included the following description: [30]

“The Atlas Economic Research Foundation maintains this Freedom Directory as a service to market-oriented institutes and their interested constituents. It provides contact and program information about think tanks that have shared in Atlas’s work or that pursue a similar vision.”

It also adds this disclaimer:

“Atlas’s Freedom Directory compiles information on more than 450 think tanks worldwide. The Directory’s default settings assume users want to search our broadest universe of active think tanks. This may result in listings of institutes that Atlas has not worked with in the past, which may differ in important ways from most market-oriented think tanks.”